vsNEW is an innovative program for local young composers to write new works for small ensembles of dedicated Victoria Symphony musicians. Each year, aspiring composers attend four workshops guided by our VS Composer in Residence. They bring their pieces (in various stages of completion) to each workshop where they are read through by the musicians. With the guidance of a professional composer and musicians, the young composers are able to work through any musical issues that arise—from the most basic to the more complex. The young composers receive an outside view and constructive feedback on their piece.

At the end of the program there is a performance of the new music and each composer is asked to speak to the audience about the ideas and inspirations behind their piece.

Check out our EXPLAINER video below!

This program is generously underwritten by Beverly Unger.

Final compositions for the 2019/20 vsNEW program

Stavros Chrysoulis discusses what composition is like for him, his experience with the Victoria Symphony’s New Exploration Workshop (vsNEW), and his life outside of music. His composition Lost Lake as performed by the 2020 vsNEW Ensemble follows.

Houtian Zhong discusses the freedom he finds in composing his own music, his experience learning to compose for new instruments in the Victoria Symphony’s New Explorations Workshop, and the beauty in listening. His composition Mirage on the Silk Road, performed by the 2020 vsNEW Ensemble, follows.

Danae Kong describes her artistic process, her experience working with the symphony musicians in the Victoria Symphony New Explorations Workshop (vsNEW), and her hopes for the future. This interview is followed by a performance of her composition Medieval Sea, performed by the 2020 vsNEW ensemble.

Atticus Dachsel Kerr’s composition Graveyard at Midnight as performed by the 2020 vsNEW Ensemble. The performance is preceded by an interview with the composer wherein he discusses his time with the Victoria Symphony’s New Exploration Workshop (vsNEW), what music and composition mean to him, and other passions.

Please contact VS Executive Administrative Assistant Rebecca Marchard by email or at
250-412-1978. 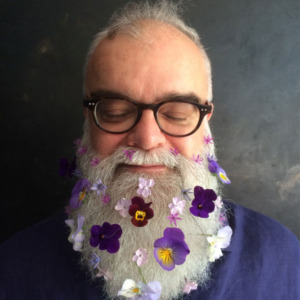 ey Sharman lives on traditional Musqueam territory in Vancouver, Canada. He has been Composer-in-Residence of Early Music Vancouver’s “New Music for Old Instruments”, the Victoria Symphony, National Youth Orchestra of Canada, Vancouver Symphony, and Composer-Host of the Calgary Philharmonic’s Festival, “Hear and Now”. In addition to concert music, Sharman writes for cabaret, opera and dance. He sings, conducts, plays recorders and flutes. Sharman was awarded First Prize in the 1984 CBC Competition for Young Composers, the 1990 Kranichsteiner Prize (Darmstadt), a 2013 Dora Mavor Moore Award (Toronto), and the 2017 Walter Carsen Prize for Excellence in the Performing Arts. www.rodneysharman.com

“Sharman should, in the Japanese fashion, be declared a national living treasure.” – John Stape, reviewvancouver